They laid out the garden themselves and painted the furniture according to their artistic feeling.

For several years Gabriele Münter and Wassily Kandinsky resided in the house in Kottmüllerallee in Murnau a. Staffelsee during the summer months. Entering the house today you still get the feeling of them still being there, just decorating the table or even the banister.

Gabriele Münter bought the property on the 21th of August in 1909. Looking out of the window towards the church and the castle they detected the scenes for their expressive works. The small country house was also called „Russenhaus” in colloquial speech since Kandinsky’s Russian artist colleagues such as Alexej von Jawlensky walked in and out of the house.

The Münter-Haus was an inspiration and the origin of an artistic movement, the expressionism, a gathering point of the avant garde and a hideaway for artists like Franz Marc, August Macke, Marianne von Werefkin, Alexej von Jawlensky and Arnold Schönberg, such as collectors and gallery owners who regularly came for a visit. Also the Almanach „Der Blaue Reiter” was planned to be created there. 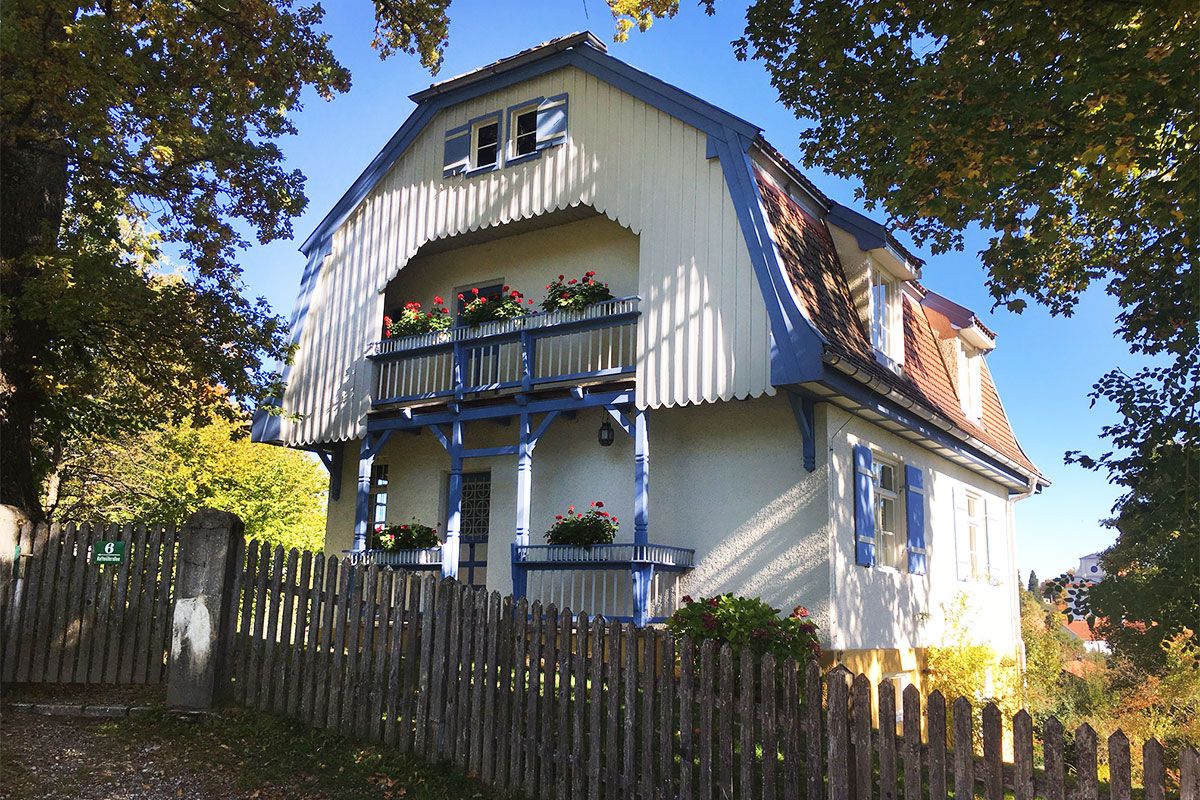 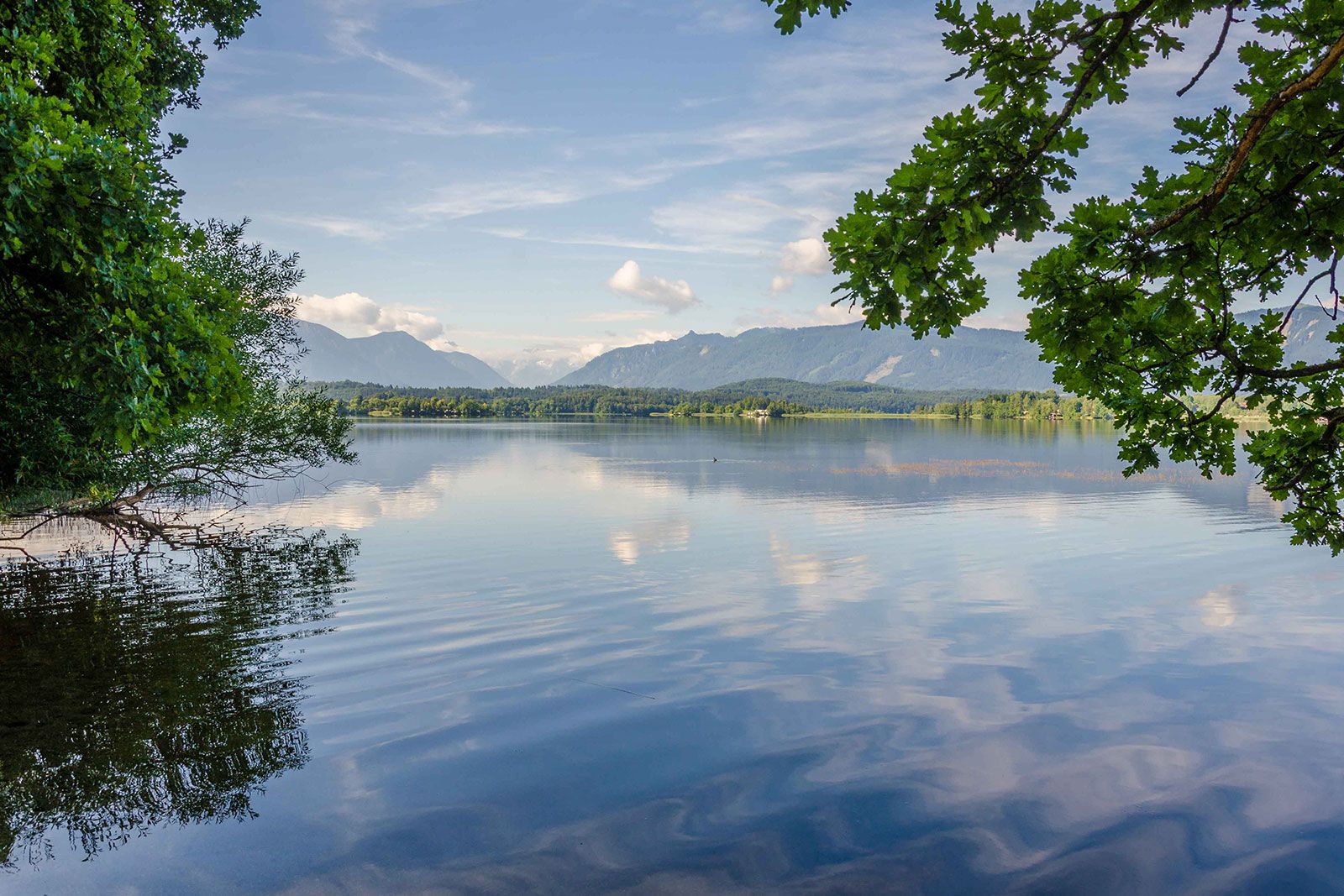 The water of the Staffelsee is mild and swampy and quickly warms up in summer. However in winter the water cools down rapidly. That is why bathers love the lake just like curlers or ice skaters. The Staffelsee is not too big so that hikers and bikers can easily  walk or drive around the lake. You can even swim across the lake and get to one of its seven islands to enjoy the pre-alpine landscape. Get a nice tan in one of the public bathing beaches at the lakeshores.

The Staffelsee also made history: Celts, Romans und monks of the Middle Ages inhabited its islands. Archaeological excavations are a matter of great importance to the market town, which could not have been done so far caused by a lack of funds.

Leisure activities at the Staffelsee do not have to be left to chance. Well sign-posted footpaths and bicycle route and other attractions tempt visitors to the lake.

Historical city centre with a view of the lake

The centrally located Unter- and Obermarkt are the perfect starting point to explore Murnau am Staffelsee. There is a hive of activity in the colorful pedestrian area and in the contiguous alleys and streets: Ateliers und galleries, modern restaurants, traditional coffee houses and brewery restaurants.

Several shops around the city hall invite you to a blithe stroll. You can easily combine shopping in small stores and inspecting the historical city centre on your own or with a guided tour. 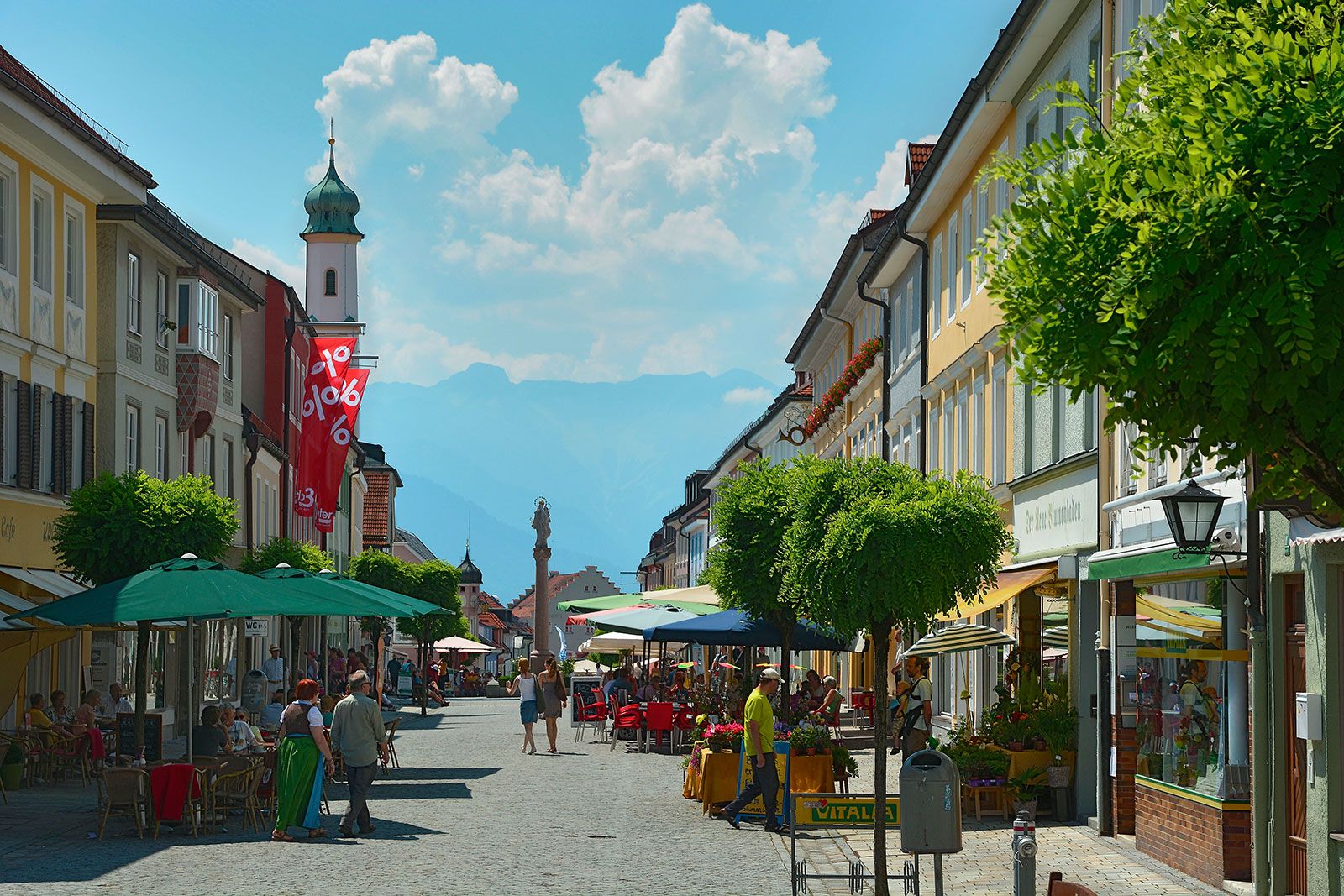